A Tale of Two Riots

Charles Coulombe reflects on what the current London riots and the L.A. riots in 1992 have in common, and what factors make them different.

Posted by Benedictus at 2:34 PM No comments:

For the fist time in the history of our republic. This did not even happen during the Great Depression.

Well, as The Young Fogey says, "Be a spendthrift and be treated like one."
Posted by Benedictus at 11:37 PM No comments:

Posted by Benedictus at 1:58 AM No comments:

Posted by Benedictus at 1:54 AM No comments: 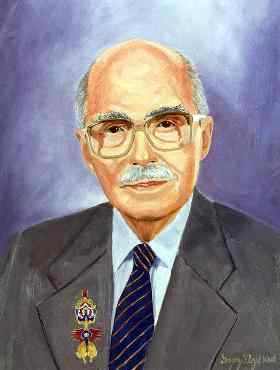 I'm back, returning from a blogging hiatus that has lasted perhaps too long. My sincerest apologies to the modest number of readers that have kept track of my thoughts for the past six years.

It has been two months since the passing of one of my greatest heroes of the twentieth century. I heard of his passing from my friend Charles Coulombe when I rang him that day, July 4, two monarchists reflecting on America's high holy day. Both of us agreed that he had been a salient influence in our lives from childhood. He had been a part of my conscious experience for as long as I can remember taking an interest in the history of Europe, which for me began when I was twelve years old.

We both lost someone we had both looked up to for many years as children of the post-World War II era, having in him a living link to a world that no longer exists.

When he was born on 20 November, 1912, he was heir to a dynasty that had ruled a series of realms known first as the Holy Roman Empire, and then, from 1867 to 1918, with the union of Austria and Hungary, as the Austro-Hungarian Empire. Much of the history of the European continent can't be told without some reference to this illustrious house, having expanded its dynastic influences to over sixteen kingdoms and duchies. His father, Karl I, was the last ruler of an ancient dynasty that had played an important role the  European political scene since 1438. Under his reign, Austria-Hungary was a diverse set of kingdoms representing many nationalities and cultures, and also many faiths, primarily Catholic, Orthodox and Jewish. His "abdication" in 1918 was done under duress, and therefore carried no legal authority.

Young Otto, then, saw the end of one world, and the beginning of another. He was witness of the aftermath of the "war to end all wars," sweeping away, in an instant, not only the Habsburgs, but also the Hohenzollern and Romanov dynasties as well. The Treaty of Versailles, eager to exact a victor's peace upon the vanquished Germans and Austrians, laid the foundations for the scourge of Fascism and Nazi-ism.

Thankfully, the Archduke was able to escape Hitler's grasp, and lived to see a new Europe emerge after the war. He desired to lend a hand in building this new Europe, on the basis of tradition, faith, and respect for the rights and dignity of every individual. He was active in the European Parliament, championing traditional virtues, and being a powerful advocate for Europe's Christian heritage. He did not experience many legislative victories, as the politicians running the new Europe wanted to take it in a decidedly "new" direction, but his legacy will always be one who stuck by his deeply-held Catholic principles in the face of insurmountable opposition, and let the chips fall where they may. He never folded and gave up the fight, struggling for the Europe he loved to the very day he left this world.

The world seems a bit poorer now that he is not around. In him we had a man who represented a Europe that was conscious of its Christian character, and of the fact that there are things worth preserving and fighting for. The world has lost a true Christian gentleman.

My wish now is that his son Karl will take up the mantle, and carry further than his father so valiantly did.
Posted by Benedictus at 1:37 AM No comments:

How George Lucas Destroyed "Modernity": Or, How Star Wars is Better than Star Trek

Well, no, not really, but Michael Lind (via Andrew) seems to think so:

If there was a moment when the culture of enlightened modernity in the United States gave way to the sickly culture of romantic primitivism, it was when the movie “Star Wars” premiered in 1977. A child of the 1960s, I had grown up with the optimistic vision symbolized by “Star Trek,” according to which planets, as they developed technologically and politically, graduated to membership in the United Federation of Planets, a sort of galactic League of Nations or UN. When I first watched “Star Wars,” I was deeply shocked. The representatives of the advanced, scientific, galaxy-spanning organization were now the bad guys, and the heroes were positively medieval — hereditary princes and princesses, wizards and ape-men. Aristocracy and tribalism were superior to bureaucracy. Technology was bad. Magic was good.

There are real trade-offs to be had in either direction, so while I prefer less bureaucracy and more local tradition, I am no romantic about it. Daniel Larison continues on this vein:

There are very real trade-offs in opting for political and economic decentralization, just as there are significant costs in opting for centralization. Under a decentralized arrangement, efficiency and utility are going to be sacrificed for the sake of other goods (e.g., preserving local traditions and communities, sustainability, social solidarity, cultural identity, greater political autonomy, etc.) that Lind either ignores or simply declares backwards. Lind prefers one tendency that leads towards empire, concentrations of power and wealth, and technocratic government, and he is dismayed that anyone would object to the costs that these things impose. He would prefer instead that we pretend that those costs don’t exist, and he wants us to accept that resistance to the advance of Progress is futile. It is telling that his concluding proposal sounds a great deal like Aldous Huxley’s Brave New World.
Read the whole article here
Posted by Benedictus at 4:06 PM 2 comments:

Arturo Vasquez on the Nature of Philosophy

or, "What is Philosophy, and who gets to say?" 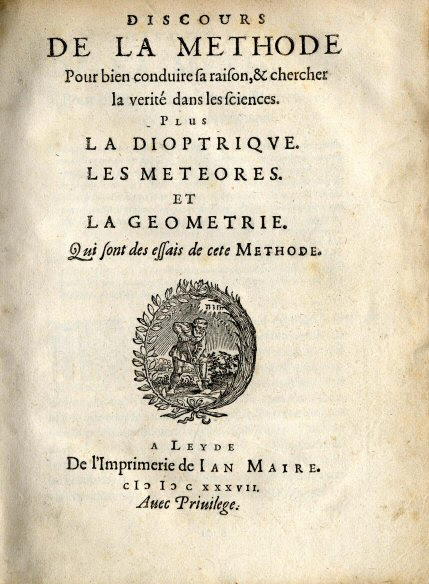 Posted by Benedictus at 1:49 PM No comments:


1. Wassail! wassail! all over the town,
Our toast it is white and our ale it is brown;
Our bowl it is made of the white maple tree;
With the wassailing bowl1, we'll drink to thee.2

2. Here's to our horse, and to his right ear,
God send our master a happy new year:
A happy new year as e'er he did see,
With my wassailing bowl I drink to thee.

6. And here is to Fillpail and to her left ear
Pray God send our master a happy New Year
And a happy New Year as e'er he did see
With the wassailing bowl, we'll drink to thee.

7. Here's to our cow4, and to her long tail,
God send our master us never may fail
Of a cup of good beer5: I pray you draw near,
And our jolly wassail it's then you shall hear.

9. Be here any maids? I suppose here be some;
Sure they will not let young men stand on the cold stone!
Sing hey O, maids! come trole back the pin,
And the fairest maid in the house let us all in.